Transitioning from Private to Public Sector

Many people have considered moving from corporate careers to public service, especially because government has a reputation for offering more secure jobs (including preferences for re-hiring laid-off staff, some union protections, etc.).  However, it’s important to consider whether your personality is a good fit for government, whether you are considering transitioning for the right reasons, and whether your skills would match well with government jobs.

Government employs 22 million people in the U.S., and there are many levels of government, ranging from small townships and counties to vast federal bureaucracies.  There were 87,500 different local governments as of 2002.  The types of skills needed and the types of jobs available are similarly vast.  But many government employees have certain things in common:

Yes, these qualities may fly in the face of the negative stereotypes many people have of government workers.  But they are what I have seen frequently among people who commit themselves to government work.  If you are transitioning to a government career, you should ask yourself—are you the right person for the career?  Or are you only looking for what seems to be a safer job? 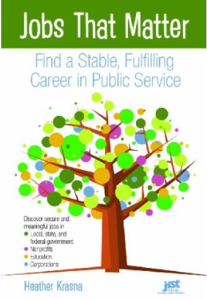